Oil Drilling on the Decline

Facts About Trends in Oil Well Depth and Length

Over the last six years, oil wells (excluding heavy oil wells) had an average TVD (True Vertical Depth) of 1,289 m with minor variations year over year. 2009 had the highest average of 1,346m and 2012 came in just slightly above the past six-year average of 1,307 m.

Horizontal well length for oil wells (excluding heavy oil wells) has had a similar rate of increase as gas wells, with an increase from 855 m to 1230 m over the last six years (an increase of 375 m). 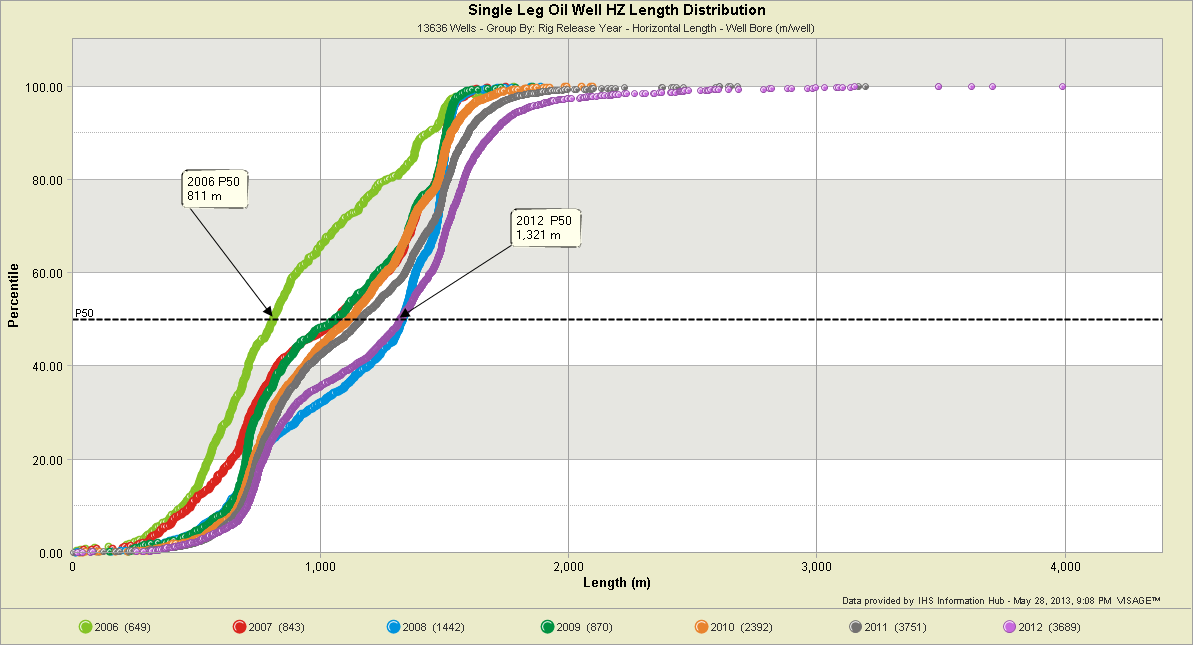 The top 12 companies (out of 434 companies) collectively made up 48% of all oil wells drilled in 2012. Drilling patterns are consistent for all of them, showing an increase in 2011 and a decrease in 2012. 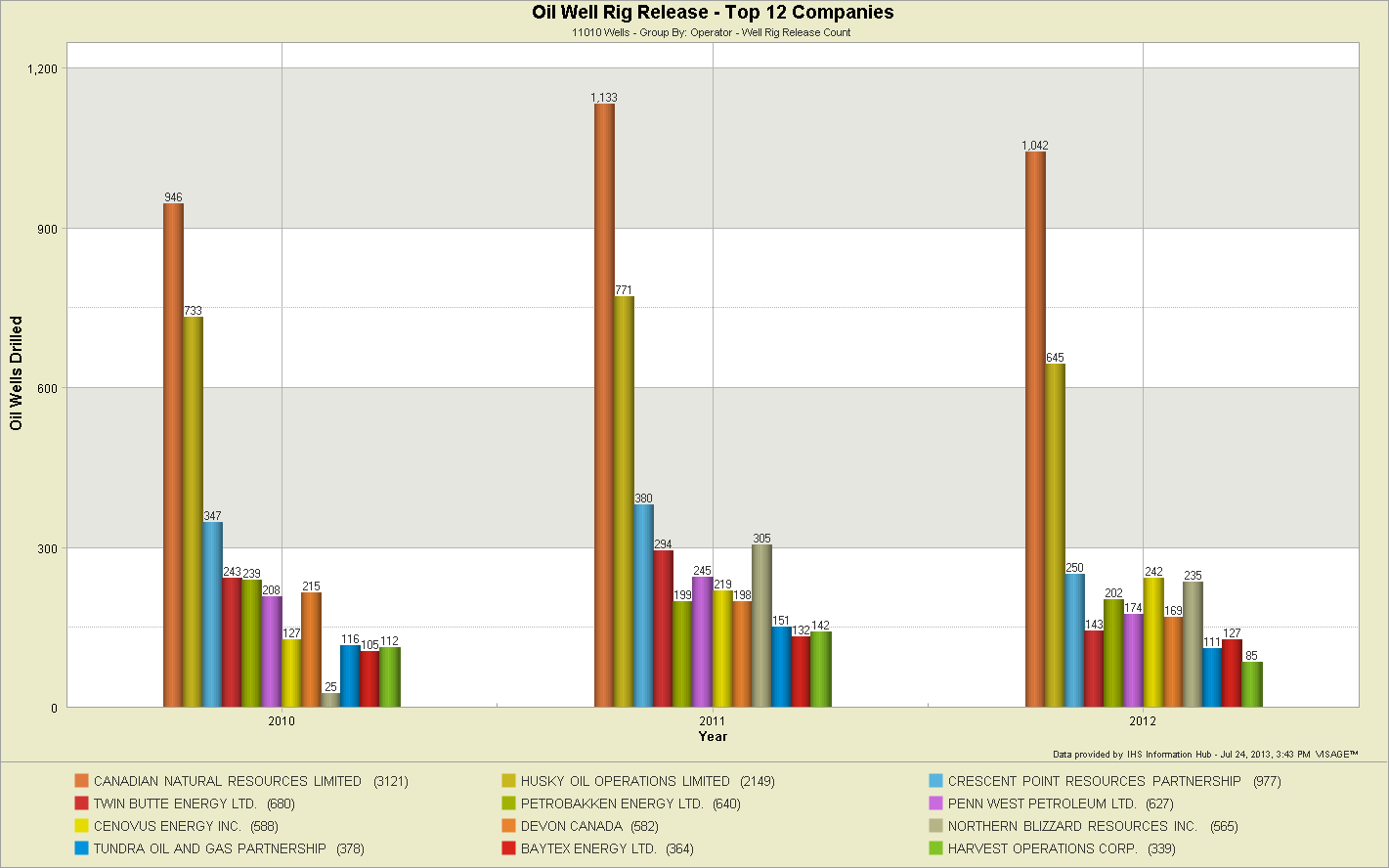 What Oil Plays are being Drilled? 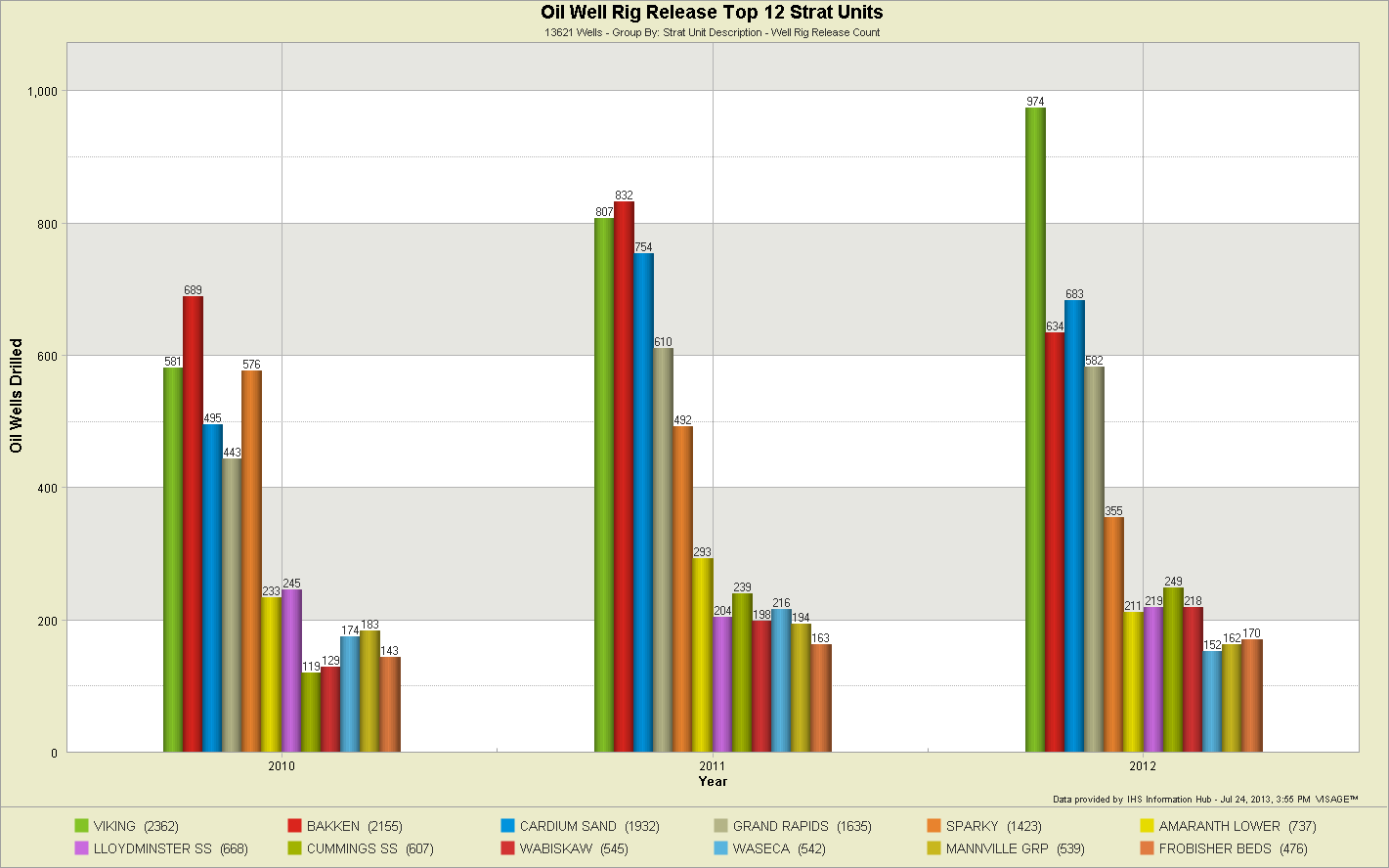 Thanks for reading. I welcome your questions and suggestions for future blogs.