Guest Blog by: Tyler Schlosser, P.Eng., Director of Commodities Research, GLJ Petroleum Consultants This is the next installment in a blog series on commodity pricing and how VERDAZO is used to analyze pricing data when building GLJ forecasts…

Anyone who follows energy markets could tell you that natural gas prices in North America spiked this winter. Prompt month prices** for the most widely known North American benchmark, Henry Hub, are down from their weather-driven peak, but are still priced considerably higher than 2013 expectations.

With North American storage levels now much lower than they have been in recent years, is this the beginning of a new sustained bull market for natural gas? It looks like prices are sure to be higher for the remainder of 2014, but what about 2015 and beyond? What contract prices have producers, consumers and speculators been willing to accept – what does the market think? In VERDAZO, we can quickly see a snapshot of market prices for Henry Hub gas futures contracts from both the transaction date perspective (the date a contract agreement occurs) and the delivery date perspective (the future date for which gas delivery is specified by the contract). Here’s a chart of Henry Hub gas prices where each curve represents a delivery year, with the transaction date on the horizontal axis. 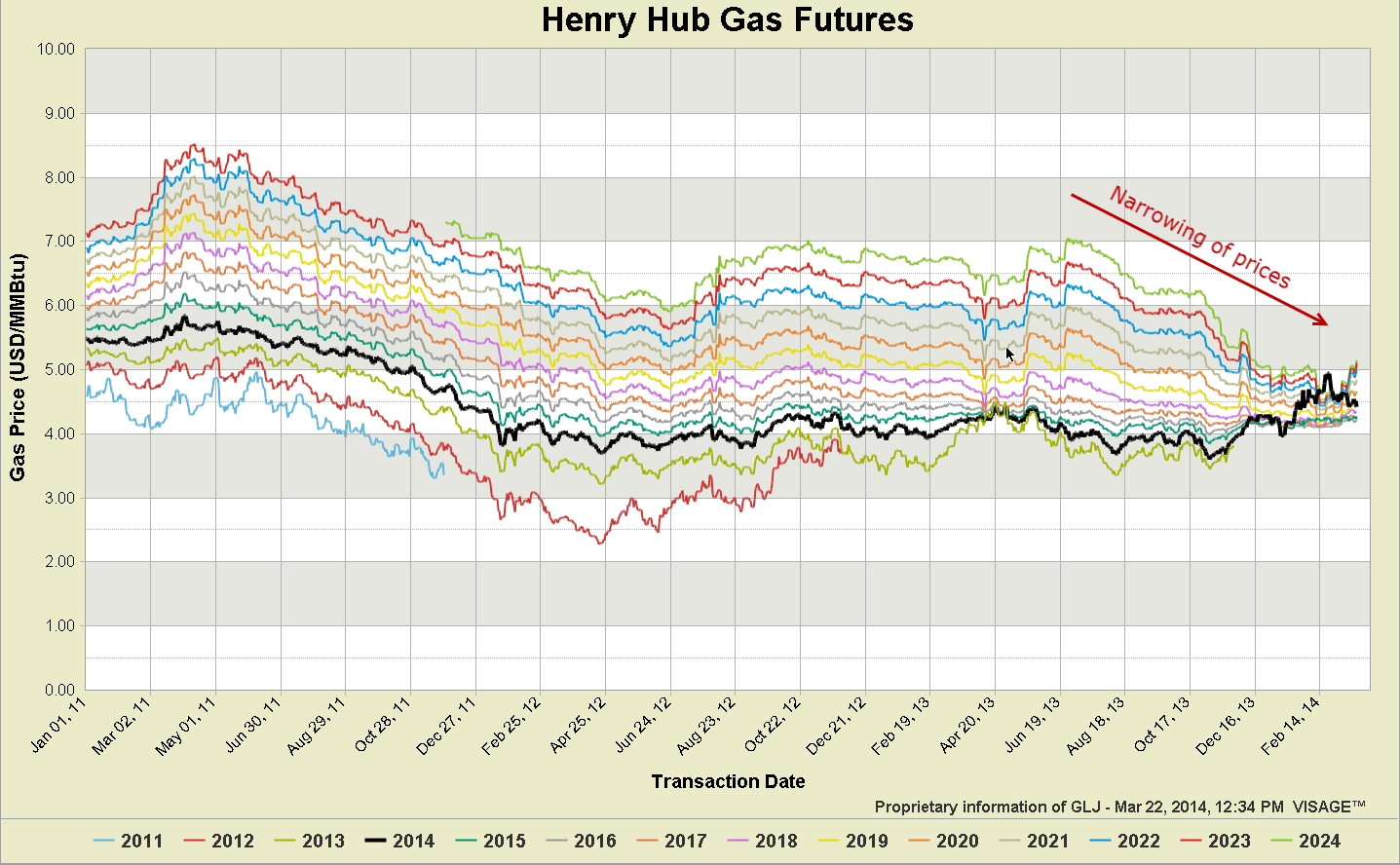 This chart immediately shows us a few things:

Now, for another perspective. Below is a chart of Henry Hub prompt month gas prices (in black), along with three forward curves. Each curve represents a single transaction date, with the delivery date on the horizontal axis. The blue curve represents closing prices from the March 7, 2014 contracts, with the green and red curves representing contracts from one and two years earlier, respectively. 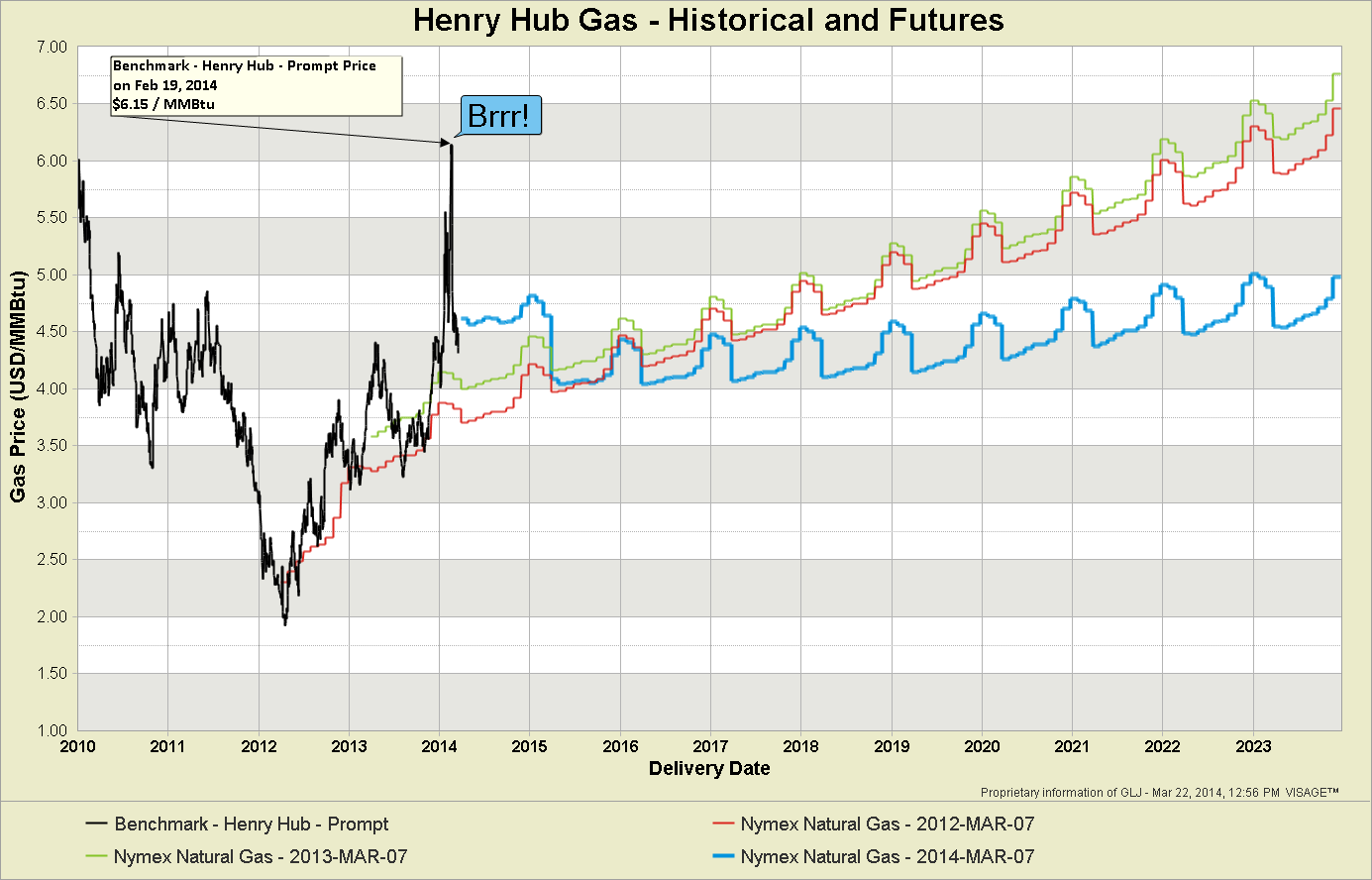 Some quick observations from this chart:

Future commodity prices are very difficult to predict, and it is an oversimplification to say that futures prices are simply a forecast of spot prices*** in the future. However, understanding the prices at which real money is exchanged for real commodities on open, transparent markets is essential when anticipating what may happen in the future.

*** Spot Price definition: the explicit value of a commodity at a given time in the marketplace